Considered as one of the most beautiful colonial towns in Colombia, Villa de Leyva seems to remain frozen in time.

Considered one of the most beautiful colonial villages in Colombia, Villa de Leyva seems to have remained frozen in time. Founded in 1572 by the Spaniards, the town was for a long time the granary of Colombia, growing wheat and olive oil.

Declared a national monument in 1954, the city was the last bastion of Spanish colonization, as evidenced by its typical architecture characterized by its lime-walled buildings, its cobbled streets, or its majestic Plaza Mayor (the largest in Colombia).

The recent influx of visitors to the area has significantly altered the internal activity of the village, where numerous hotels, art galleries, gourmet restaurants and local craft shops have sprung up. The town is also a favourite destination for Bogotá residents who like to spend their weekends there. Despite this evolution, the city is still very traditional and offers many possibilities for visits and activities: museums, festivals, crafts, hiking, horseback riding, sports…

The department of Boyacá, where Villa de Leyva is located, is a region with arid and desert landscapes that charm with their magic.

The town was founded in 1572 by Captain Hernen Suarez de Villalobos, near the Muisca village of Zaquencipa. The protests of the indigenous people of the village, wanting to preserve their endangered place of worship, led, 12 years later, to the relocation of the village to its present location. Villa de Leyva later became a destination of choice for the country’s wealthy classes and aristocracy. The cultivation of wheat and the production of olive oil have also brought prosperity to the town over the years.

Villa de Leyva was for a long time the granary of Colombia, with important agriculture and salt production. The Chibchas exchanged these products for gold, trading with the indigenous Quimbaya peoples. The city was also one of the last strongholds of the Spanish colonisation. A stay in the region is also an opportunity to discover the legend of Bacchué, telling the origin of the human race.

When to visit Villa de Leyva and Boyaca?

Villa de Leyva and the Boyaca region in general can be visited all year round. Saturday is a colourful market day with products from all over the region. Some destinations such as Iguaque and Paramo Oceta are more pleasant to visit in the dry season.

For more tranquillity, favour weekdays, bearing in mind that museums are closed on Mondays. Also avoid the end of the year, Holy Week, weekends and the much busier holiday weekends.

What are the main cultural events in Villa de Leyva and Boyaca?

How to get to Villa de Leyva and Boyaca?

What to do in Villa de Leyva? 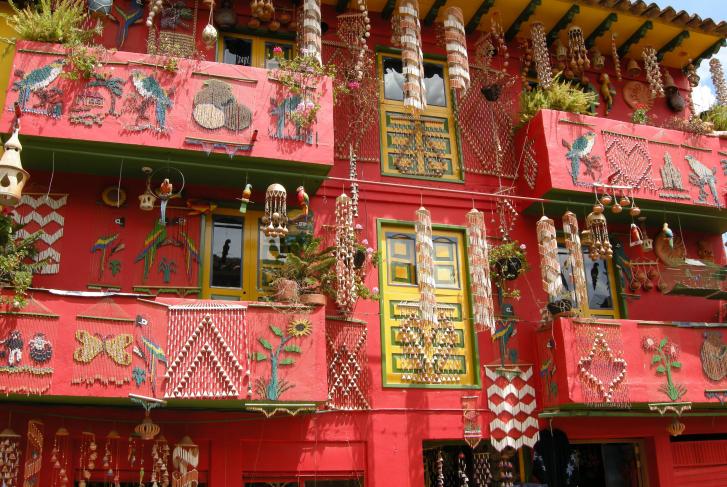