Explore the videos on the map

Cartagena is located next to the sea on the Caribbean coast; it is the capital of Bolívar Department. Founded in 1533 by Pedro de Heredia, Cartagena is the 5th largest…

Located between Santa Marta and Ríohacha on the Caribbean Coast, the Tayrona National Park is one of the most visited natural parks in Colombia. This place hosts a wide variety…

The Lost City is a sacred archaeological site in the Sierra Nevada de Santa Marta. It was founded between the 7th and 8th centuries by the indigenous Tayrona community, who…

Caño Cristales is an exceptional and surprising natural site, probably considered one of the world’s most beautiful. Its unique ecosystem is very fragile and now belongs to the Sierra de…

The Cocora Valley – Salento is one of the most popular destinations in the Quindio department and the Coffee Region. Its wonderful landscapes make this region an attractive place for…

The Cerros de Mavecure are among the most ancient mounds in Latin America. They are located about 50 kilometers away from the city of Inirida. They are composed of three…

Considered as one of the most beautiful colonial towns in Colombia, Villa de Leyva seems to remain frozen in time. It was declared a national monument in 1954; the town…

Santa Cruz de Mompox o Mompós is Located in the north of Colombia, in the south of the Bolivar department, on the Caribbean Coast. Mompós is also called the “Caribbean…

Located in the north of Colombia, in the departments of Magdalena, La Guajira and Cesar lies the majestic mountain range of the Sierra Nevada of Santa Marta and its snow-capped…

San Andrés archipelago was first colonized by the British crown in 1629. Before that happened, this place was occupied by indigenous tribes who arrived from Central America. Because of the… 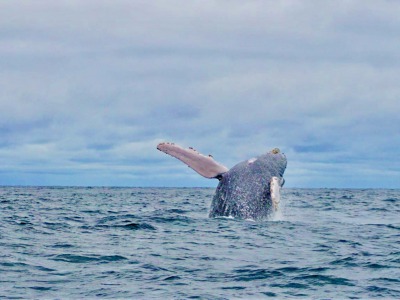 The Pacific coast stretches from Panama to the border of Ecuador over a length of 808 miles. This region of Chocó is one of the most humid and rainy in… 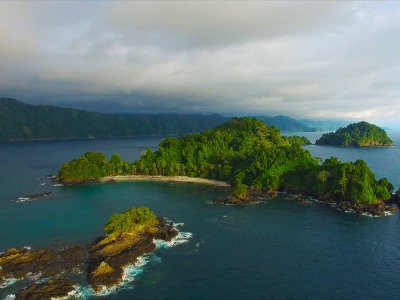 The municipality of Bahia Solano is located 5 meters above sea level in the department of Chocó. It has an area of 1667 square kilometers. The Bahia Solano landscape is…

The department of Santander is an area rich in nature, with landscapes of fertile plains, mountains and valleys, caves and rivers… Santander is an adventure and extreme sports paradise. Nearby,…

Minca is a small village located in the Sierra Nevada de Santa Marta, 15 km away from Santa Marta. Waterfalls and natural pools give this wonderful small mountain village surrounded…

The Tatacoa Desert is located in the North of the Huila department. It is the second most arid area in Colombia.The region has a lot of erosion and dry canyons….

Punta Gallinas is located in the extreme north of the La Guajira peninsula. Nature in this region is surprisingly beautiful: plateaus, sand dunes and rocky cliffs emerge from the sea. The biggest sand dune…

San Agustin is a very welcoming traditional village right in the middle of the great Andes, South Colombia. The biggest archaeological zone of the country can be found there, with…

Considered the religious capital of Colombia, the city of Popayan has the largest number of churches per capita, built during the 17th and 18th centuries. It is located in the…

Mathieu Perrot Bohringer, founder of the agency, is passionate about video and more particularly about drones. He has traveled through Colombia dozens of times, meeting the people of Colombia to share the beauty of this country with the world.

He was one of the first to reveal Colombia from the sky, with beautiful videos of Colombia that accumulate millions of views on Youtube.

His passion has made Aventure Colombia the receptive agency of reference in Colombia, as he organizes the press tours for the biggest TV shows, magazines and travel guides.

But the adventure doesn’t stop there! Developing the America Salvaje project Mathieu has been traveling around Latin America with his family for 3 years, and you can already expect lots of beautiful new videos! 😉